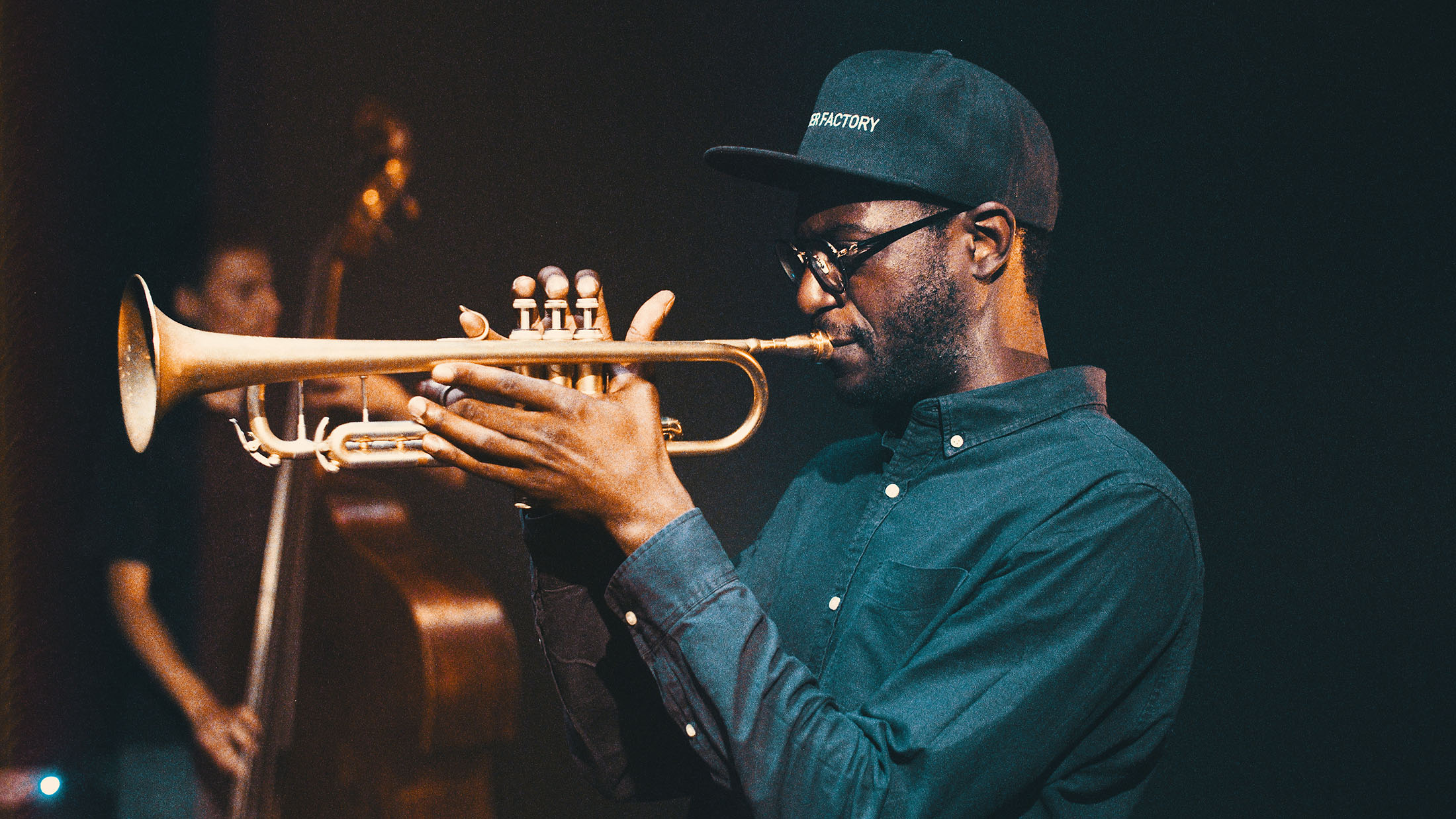 Born and partly raised in Uganda, Mark Kavuma is a prominent young Trumpet player on the British jazz scene. Leading his own Quartet, the 'Floor Rippers' house band and his main outfit 'The Banger Factory'. As well as, playing with Jean Toussaint's Young Lions, Jazz Jamaica, Nu Civilisation Orchestra and also one of the brass leaders at London based carnival band Kinetika Bloco.

In 2012 Mark was featured as Guest soloist with Wynton Marsalis and Jazz at Lincoln Centre Orchestra having been voted best soloist at the very first 'Essentially Ellington' competition in the UK. 2013 saw Mark involved in the national theatre's production of the Amen Corner, got the opportunity to play with the great Mulatu Astatke, played a support slot for Wayne Shorter at the Barbican (London jazz festival) with A quintet Mark co-leads with Ruben Fox(sax) and also featured on trumpet in the 'El Train', Hoxton Hall (directed by Sam Yates and Ruth Wilson).