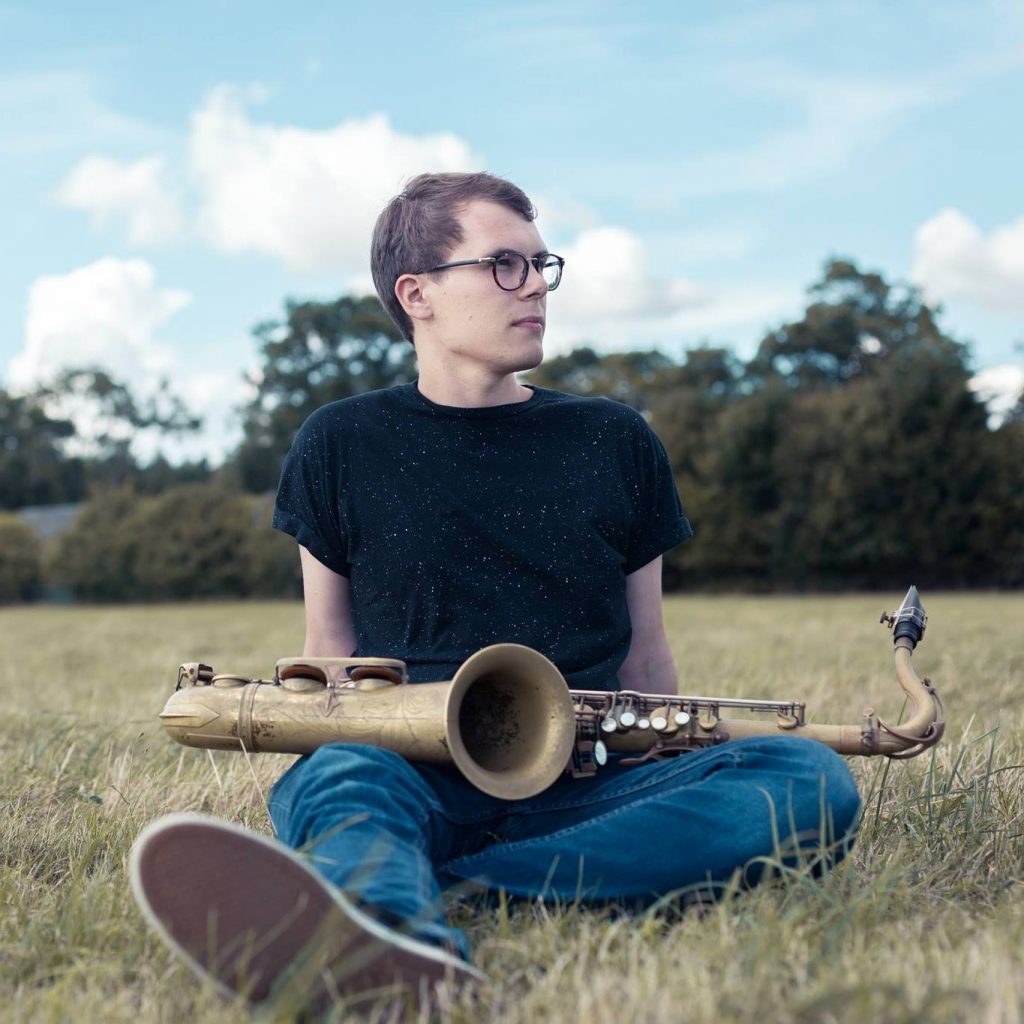 Winner of the Kenny Wheeler Prize 2017, Tom was raised in a musical family and grew up surrounded by great music, from Frank Sinatra to Louis Armstrong. He started the saxophone at the age of 9 but it wasn’t until a few years later that Will Osborne’s inspiring lessons led Tom to a specific interest in Jazz.

Tom joined the Junior Jazz Course at the Royal Academy of Music aged 16, before going on to gain a place on the Undergraduate Jazz Programme at the Academy in 2013 and earnng a First Class Hons degree in 2017. During his time at the Academy, Tom has slowly become recognised as one of the most exciting young players emerging on the scene. He has regularly been writing music and performing across Britain with his band ASTEROPE, as well as co-leading and writing for a quartet involving James Maddren, Alex Hitchcock and Ferg Ireland. Previous performances have included Ronnie Scott’s, Cheltenham Jazz Festival, Brecon Jazz Festival, The Jazz Nursery, The Vortex, The 606 Club, and the Pizza Express Jazz Club among others. Tom has also enjoyed working with composers and music producers such as the acclaimed Ian Livingstone and TYRELL to record the music for pop artists and console games.

Aside from leading his own groups, Tom also takes pride in fulfilling a sideman role in such groups as The Barry Green Sextet, The Billy Marrows Octet, The Olli Martin Quintet and Mark Trounson’s Disquiet as well as playing occasionally in the Gareth Lockrane Big Band and The London Super Sax Project alongside Alex Garnett, Nigel Hitchcock, Graeme Blevins and Sammy Maine. Tom also enjoyed playing on a November 2017 UK Tour with Bill Mchenry, Jeff Williams, Tom Ollendorff and Mark Trounson.

Tom Barford is looking forward to bringing his band to the Verdict for the first time as part of a UK album release tour following the release of his debut album- Bloomer, on the Edition Records label.

The Edition Records partnership was awarded to Tom after he had received the acclaimed Kenny Wheeler Prize, in association with the Royal Academy of Music, back in 2017.