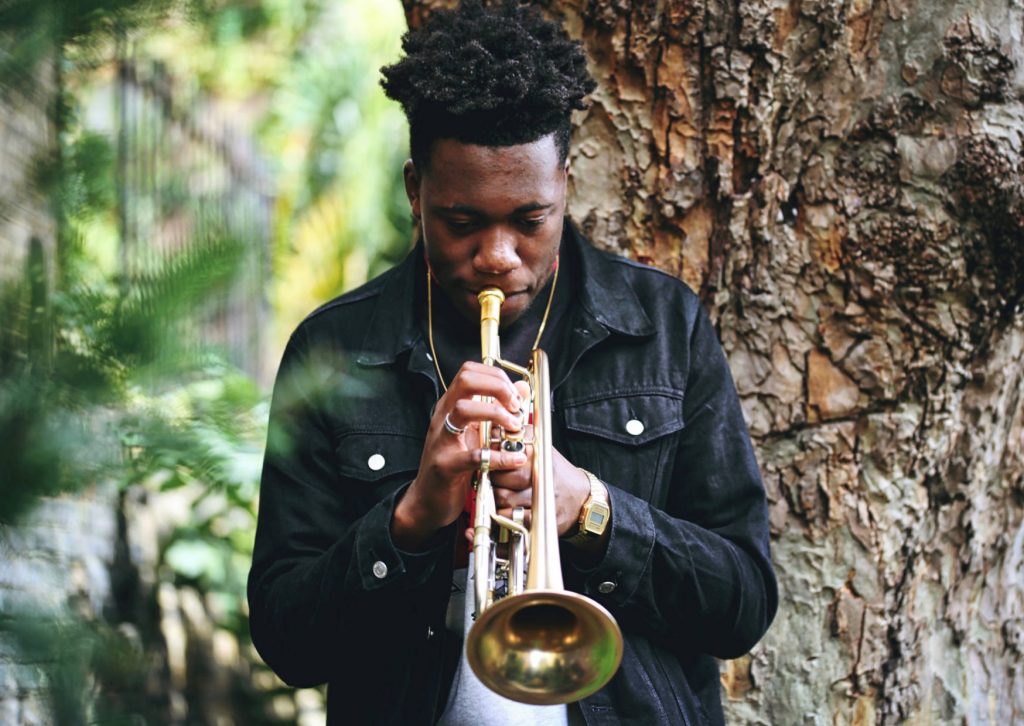 London raised trumpeter and composer, Ife Ogunjobi is one of the young rising stars of the London Jazz scene. Raised in a Nigerian household as well as growing up in South East London, his surroundings have enriched his music with various genres such as Jazz, Afrobeat and Hip-hop. His musical concept removes the barriers between the different genres of music.

During his career he has performed and recorded with a plethora of artists across several genres. Some of these include Grammy award winners Solange Knowles and Jon Cleary; as well as AfroPop superstar Wande Coal.

Ife has performed internationally with MOBO Award Winning Drummer, Moses Boyd in his band “The Exodus”. He also collaborated with American Jazz Pianist Jason Moran in his James Reece Europe-Harlem Hellfighters Tour. Ife has also performed with Fela Kuti’s protégé, Dele Sosimi as part of his Afrobeat Orchestra in a number of critically acclaimed venues.