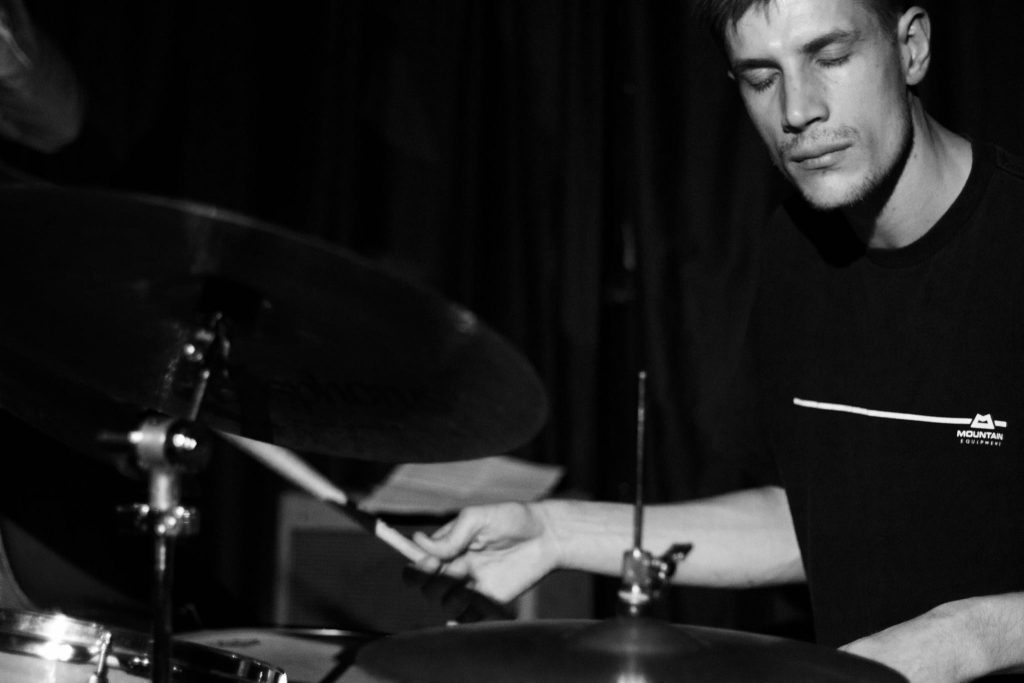 Dynamic London-based drummer Dave Storey has quickly established himself as one of the leading drummers on the London jazz scene playing regularly at Ronnie Scott’s Jazz Club, The 606 & The Vortex Jazz Club in a variety of line-ups. Dave studied Jazz Drum-kit at the Royal Academy of Music with many influential drummers such as Martin France, Gene Calderazzo, Tim Giles, Jeff Williams and Jim Hart.

His trio are currently touring their debut album Bosco (Impossible Ark Records) which showcases the group’s ability to push boundaries whilst maintaining a fluid, conversational approach to improvisation. Over the past 4 years they have honed their approach towards celebrating the elements they love in classic jazz lineups and recordings, and maximising the space for communication and interaction within their own compositions.

Their approach to music reflects reverence and respect of the jazz tradition without ever being beholden to its dogma, which results in music that feels unpretentious but never throwaway or without considerable weight.

Also featuring in the band are his longstanding trio collaborators James Allsopp (saxophone) and Conor Chaplin (double bass) who are outstanding musicians in their own right.